Are you a person who doesn’t mind hundreds (or thousands) of unread emails in your inbox? Do you prefer to keep your inbox pristine? If you prefer it pristine, do you ever find it hard to keep that way? Me too. Do you know how to organize your email?

I know, you’re shocked. I was also. I’m a fairly organized person, and am generally someone fairly on top of my email organization.

But…it had been a number of months since I had done a thorough email inbox cleanup of my email. It had also been a few years since I revisited the process I used to read, store and organize my email inboxes.

In all reality, I wasn’t that disorganized. I had just let a few things slide and needed to revisit them.

And the best part? The deep cleaning and re-organization was done in 30 second to 30 minute increments over a few days. This doesn’t have to be a big project! It took about 3 hours total,

Ready to experience that same success yourself? Read on…

How to Organize Your Email in 5 Easy Steps

2. Set up and review email folders

Within each email inbox, I have a number of folders to set up to file emails. This can range from very simple to complex, and is one area that I tend to update every year or two, as life and business circumstances change. This round, I simplified many of the folders, and removed several.

In one example, I had a folder for Recipes that I hadn’t looked at or added anything to in at least three years. I currently save all my digital recipes to Pinterest, in Evernote and/or in Plan to Eat. I didn’t even remember that I had a Recipe folder, and I certainly don’t look for recipes there. I reviewed this folder and deleted recipes I was no longer interested in making, or knew I already had saved elsewhere. I then saved the rest to Plan to Eat, Pinterest or Evernote, and deleted the folder once it was empty.

Note: This was a perfect task to do in the limited 1-2 minute pockets of time throughout the day. If I was already near the computer, I quickly went to that folder, saved one or more recipes, deleted and went on. What could have been tedious in one long session went quickly and utilized time that would have otherwise been unproductive.

3. Use Gmail filters liberally and strategically

Almost all of my emails except personal emails are set to skip my inbox and automatically filter into Gmail folders. I had ended up with too many emails that should have been filtered landing in my inbox. I spent some time adding a number of filters, and now only have a few stragglers to deal with.

Action Step: Add filters to keep non-critical emails out of your inbox.

I use Unroll.me, which is a fantastic free service. But I also found that it gave me a false sense of control. I also realized that I very rarely actually opened the daily email digest – which means that all those newsletters and mailing lists that I thought were important enough to roll up, I didn’t think were actually important enough to read.I unsubscribed to a lot more newsletters, and took most other newsletters out of unroll.me so that they would get the attention they deserve.

Action Step: Unsubscribe from email lists you no longer need or use – liberally!

This was the most satisfying step for me, but also the one I recognize as the least important. If you’re skipping any step, I would skip this one. As I was re-doing a number of my filters, I realized I had emails back as far as 2006 that there was no good reason to hang onto anymore – even if I did technically have the space in the inbox.

Now, a few thousand of those emails were in folders that really didn’t matter if they stayed or went. Gmail also has enough storage space that I could have left them for years and never run into issues. But I gained the same huge sense of satisfaction from knowing that I don’t have Nordstrom Rack sales emails from 2008 hiding in a folder as I do from cleaning out the storage shed of never-used items that are hidden from regular view. Yes, it may be a bit of an overachiever, but I’m okay with that.

Learning how to organize your email is easy. But, despite what Marie Kondo says, email organization not a one time thing (kind of like the endless junk mail stack on my calendar). To avoid this becoming a major project, make a note on your calendar to do a quick 15-minute run through this process once a month or once a quarter.

What is your biggest obstacle to email control? What other tips do you have for staying on top of the email mess?

In any given work day, I receive 100-200 emails. Definitely not Inbox Zero. Some of you may be thinking that’s an insanely low number and some of you are probably overwhelmed by how high that number is. During a busy workday, it’s not uncommon to have 20-30 emails come in while I’m in a single… 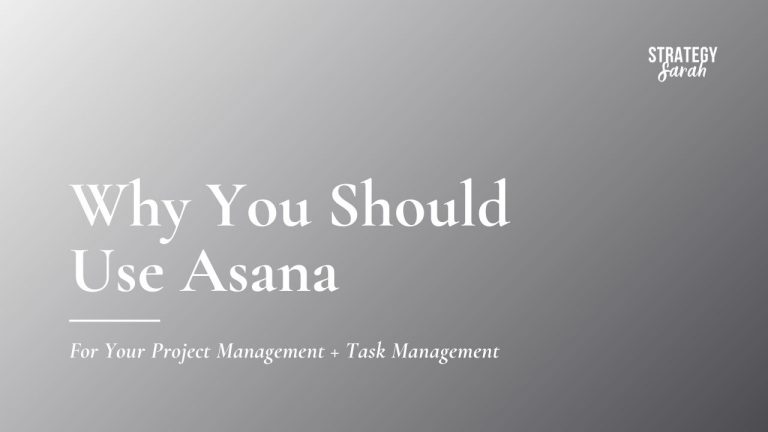 5 reasons using Asana is my favorite project management app and tips on how to get it. Asana has a free version and paid premium versions.

Yesterday we created a to-do list. Today, I’m advocating that you should NOT put everything you need to do on a to do list. What? Yes, you heard me right. Save time and increase brain space by not writing it all down. Many time management and productivity professional tell you to start by writing everything… 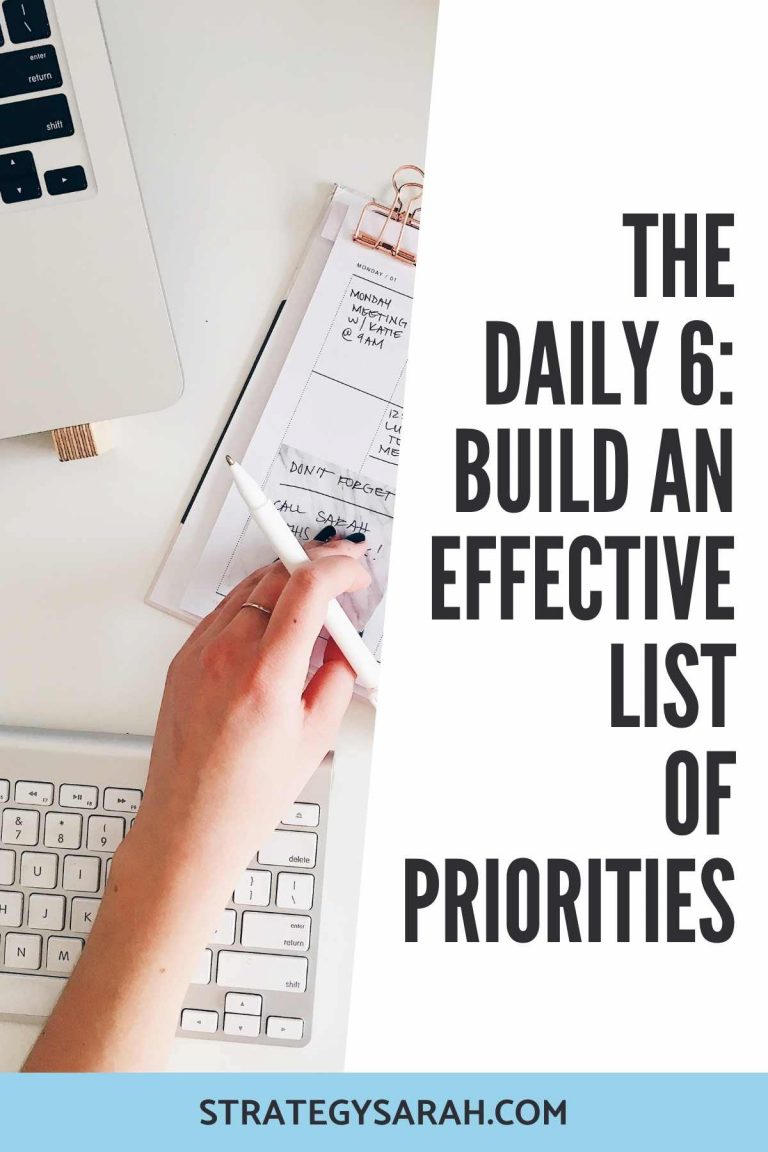 Five ways to easily define and implement a list of daily priorities, based on a to-do list management system shared by Mary Kay Ash.

One of these days is none of these days. – Mark Twain How often do you have small pockets of time that seem to disappear on you? What if you had a list of easy AND useful things you could do in 5 minutes per day (or less!)? Lucky you, it’s right here! After all,… 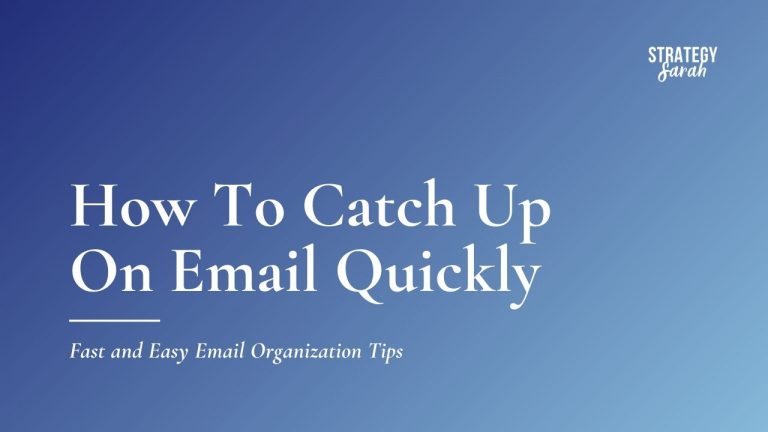 Quickly catch up on email after vacation or any time away from the office with this easy organization tip. Even better, the same tactic can be applied Outlook, Gmail, and any other email service, so you can use it both for work and your personal email.