How many times have you been the newbie in a certain situation where someone throws out terms, acronyms, perhaps even topics that are completely foreign to you? That someone definitely did not simplify communication.

It’s a painful experience.
It’s also an experience that can be easily avoided.

In the last year, one of our children has had some significant behavior challenges. In the process of sorting that out and getting him the help he needs, we were dumped into a whole new world. A world involving the school system, various therapies, specialists, doctors and more.

On top of being an overwhelming, highly emotional process, there were more basic communication barriers than I expected. I was surprised just how often I felt like I was speaking a foreign language.

In one conversation, on a service that was entirely new to me, a kind gal rattled off a whole string of things, and I was lost. I finally stopped her on roughly point number 5 to say, “I need you to explain to me the subtitle, then point 1 before we can get anywhere near point 5.”

It was a great reminder to think through how I communicate to others.

We’re all guilty of communicating in overly complicated language and using jargon and terminology that’s not nearly as common as we think it is.

How do you communicate new information to your employees, team, and customers?

I was recently conducting training sessions on a new software rollout, and realized that I was going way too fast for the audience. It’s a technology that I’ve used for years, and a process that I’m incredibly familiar with. Because the users are familiar with the process, I forgot just how new the technology was.

It took a passing comment about how fast I was flying through the information to remind me that I needed to slow down, explain more thoroughly, and remember what it was like to be new.

Don’t assume that everyone is starting from the same place.

When you are communicating any information, I recommend a magic test that I call “the mom test.”

Simplify your communication: The mom test

The mom test asks one simple question: “Would my mom understand this?”

The intent is “Would anyone not at all familiar with this subject be able to understand my communication?” My mom doesn’t work in the business world, so it’s a perfect question. If your mom does, change up the test to ask the question of anyone else who is unfamiliar with the world in which you are communicating.

If the answer is “No,” simplify your communication. You may want to add definitions, explain acronyms, clarify statements and generally slow down.

It’s entirely too easy to share information at a master’s degree level when the audience is still in metaphorically elementary school. Use the mom test to simplify your communication and share the right level of information with the right audience at the right time.

Do you know how to create an action plan? Do you need to? Have you ever found yourself saying any of these things? “It’s all in my head.” “I forgot about that.” “No one can do it except me.” “I don’t know what to do next.” Most of us have. The most common conversation I…

20 years into my career, I have long been on the quest for the best planner. I rocked the student planner starting in my elementary school days and never looked back. Granted, I had a few perfectionist years where my daily planners sat a little too untouched, because I was fearful of messing them up. Can… 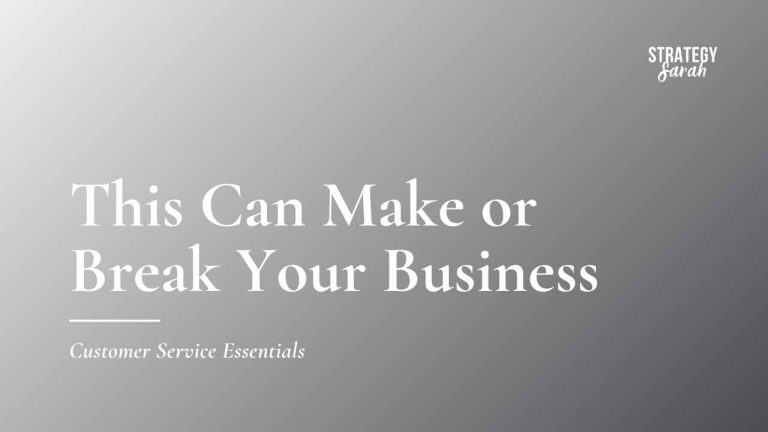 Problem-solving skills. They’re critical. And yet, how often do we think through how we can improve our skills? Not often? Well, let’s change that. Let’s examine 5 simple ideas to improve your problem-solving skills at work and in life, courtesy of a recent pediatrician visit. I have a child with off and on constipation issues….

Which would you rather have? A three-inch binder with every single thing you could possibly need to know in detailed spreadsheets, flow charts and documentation? Or a one-page cheatsheet that gives you critical information to get done exactly what you need to do? I don’t know about you, but 99% of the time, I choose…

We live in a super connected world, but you already knew that. I don’t know that my children know what a landline is. We’re working through the difference between speakerphone and Facetime. At the risk of sounding really old – back in my day, call waiting was a really big deal! Given our seemingly endless…