A few weeks ago, I attended my first conference since I left the corporate world. I signed up for the World Domination Summit on a whim. I first heard about WDS two or three years ago from J.D. Roth, founder of GetRichSlowly.org. To be honest, I thought the whole thing sounded a little hokey, and over-the-top and had no interest in attending – even though it takes place in my backyard.

Last year I was a little more curious, but still thought it sounded a little out there. And with a newborn and a toddler, attending any type of conference or event was far from my mind.

This year, I was still skeptical, and thought tickets were insanely expensive. Then I saw the message that the “last tickets are going on sale this week!” And I saw that Michael Hyatt was going to be speaking. I’m a huge Michael Hyatt fan.

Scarcity mentality set in. So, I bought a ticket. Naturally. And then immediately started second guessing myself. What did I just spend that much money on? Is it going to be ridiculous? I can’t find much of anything specific about it except that it’s cool. And local. What did I get myself into?

Of course, the last round of ticket sales coincided with the last days to change the name on a ticket. It was a done deal – whether I actually attended or not, there was no getting my money back. So I better show up and get the most out of it.

Then life got a little crazy and a lot insane. (Isn’t that how it always happens?) Next thing I knew, it was here. I hadn’t  had the time to do any of my normal obsessing and getting my hands on all the information I could. This turned out to be a really good thing, as I went into the weekend with no expectations other than to soak it all in.

Friday afternoon, I hopped in the car, dropped the boys off at Nana’s house and headed in.

I didn’t know a single person going to the conference. My “do I really want to be doing this?” fears kicked into overdrive as I trudged the sweaty blocks from the parking garage to the venue. (Did I mention that we were having a heat wave that weekend?) I walked in to my first event, a low-key meet up, and looked around for someone, anyone, to talk to.

A friendly face smiled at me.

Introductions were made, and get this: My new acquaintance lives in the town I grew up in, we did our undergraduate degrees at the same college and she currently attends the church I grew up in. Yes, it’s all in Oregon, but this is a conference that people fly in from around the whole world to attend. Later that afternoon I met people from Missouri, Kansas, New York, Holland, Denmark, California, Texas and I don’t even know where else.

But to have that many connections to the first person I met? You can’t make this stuff up.

One of the big themes of the World Domination Summit this year was taking action – specifically the next single action, brave thing or one thing that is going to move you forward.

This message hit me over and over in different ways from each of the speakers. In processing the weekend and recapping learnings, I realized that there are 10 key things I learned. Would you like to hear them?

How many times do you have to submit a lost password request when trying to log into a website or app? Or consult a convoluted list of passwords? Or have your list of passwords somewhere entirely insecure? Certain relatives of mine have a tattered small spiral notebook complete with a load of sticky notes with… 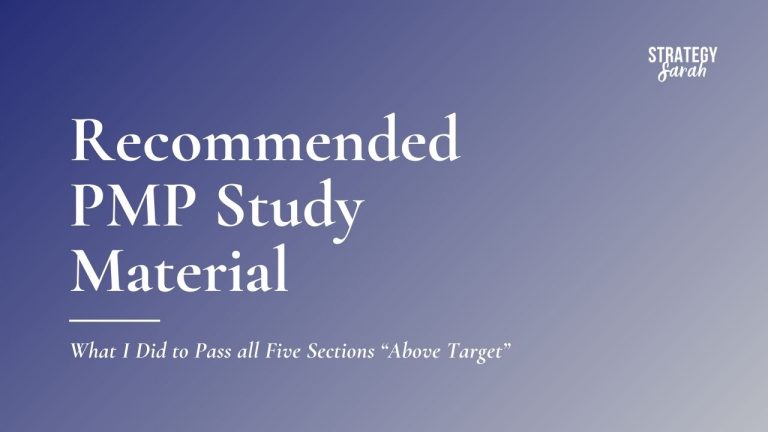 Walk through of recommended PMP study material and FAQs to pass the PMP exam from an experienced project-portfolio management professional.

Quick, right now. How many web browsers and tabs do you have open? I’ve got 15. Oh, wait. Until I look at my phone. That’s another 37. Yikes! Why do you have that many windows open? Me, I have so many open tabs because there’s either something I need to do, something I am in the…

Have you ever tried to copy and paste information off of a webpage only to find that the formatting was super wonky or that it copied everything except the piece of information you truly cared about? Even worse, you didn’t realize it until you went back to use the information later. So frustrating! Do you…

As a busy working mom, I’m always looking for tips and ideas for awesome time management books to increase my productivity and well being. I love to read, and read (more than) my fair share of beach read, fluffy fiction. I have an equal love of non-fiction in the business, productivity, and time management realm….